Welcome to the CED 499B Spring Break trip to Honduras

This 1 week field trip to Honduras is intended to provide a broad overview of the many issues facing local development initiatives in rural communities. The trip will expose us to local projects and initiatives developed during the last few years in the Yeguare valley to improve the local economy and reduce extreme poverty. These changes are slow and difficult and not always with positive results. Our hope is that this trip will help provide insight into difficulties of rural development. 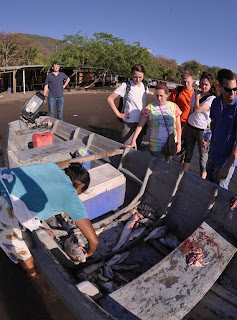 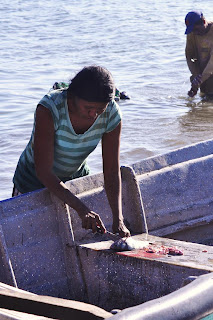 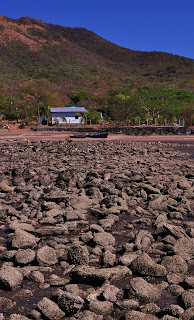 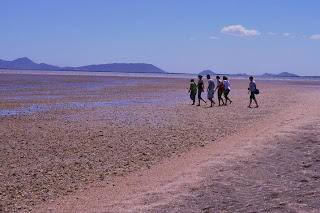 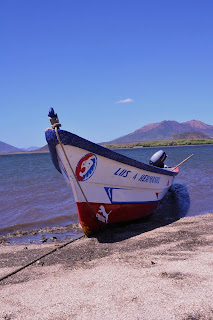 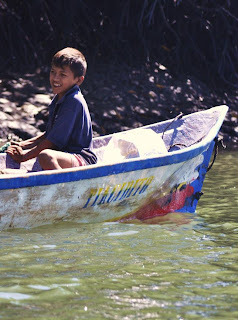 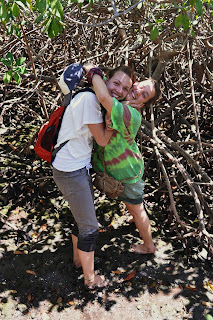 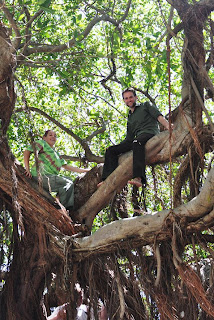 So far we have been visiting communities around Zamorano University. This is in the highlands, up in the mountains. We have discussed social and environmental problems with local government, community members, and NGOs.  It has been enlightening to see how the problems are linked and how there are not often easy solutions.

We headed to the coast today, down south to the Gulf of Fonseca.  The people here live in a much more dry and hot environment.  We went with a marine biologist who works with local fishing communities, dealing with shrimp farming, tilapia production, and ecosystem degradation.  The people in the south do not have many opportunities for employment.  We wanted to see how they survive and make a living.

We visited a shrimp processing plant where over 6,000 people benefit from the production of prawns. This private enterprise tries to make a profit and help the communities at the same time.  It’s a struggle, but without the employment they provide there would not be much for people to do here.  The infrastructure is lacking, and the climate can be harsh.

We visited fishing communities that rely on the daily catch to make a living. When the weather doesn’t cooperate they don’t make a living. It’s a hard life, but the difficulties are masked by the vision of paradise that we see in the soft sand and palm trees lining the beaches.  Many of us asked what needs to change here. Problems are not always visible.  Even though they live in tropical paradise, the opportunities presented to these communities are not the same that we enjoy.  It is hard to imagine what it must be like to live in their situation, but being here and talking to them helps bring us closer to that understanding.

That is the goal of this trip, to see and understand how life is for others, and what they want to change and how that change can be brought about.  It is not always easy but that doesn’t mean we shouldn’t try to find solutions.
Posted by CED 499 Honduras at 11:46 PM 1 comment:

We welcomed day number five in Honduras in hammocks while watching the sun rise.  We then spent the rest of the day exploring the social and environmental aspects of fishing communities by traveling in a boat, learning about mangroves, and of course taking some time to play in trees.

It was a beautiful day to be on the water.  Unfortunately it was windy so fisherman stayed home and we did not get the opportunity to watch them fish; but having the bay to ourselves made for a spectacular view.  The mountains in the distance broke up the horizon and the wind kept us cool in the hot sun. Some of the group did turn slightly pink though.

My favorite part of the day was the time a few of us spent climbing trees while the other members of the group relaxed and rehydrated with water and juice.  We stopped at this little spot on the coast right after Steve (a marine ecologist) taught us how truly important mangroves are to the ecosystem.  We got to explore a little of where the mangroves grow.  There is a beautiful simple happiness you can only get by enjoying the company of friends while doing something as childlike as climbing trees or playing in the mangroves.

I think the simplicity of life here is something to be looked at with wonder.  The people we have talked to on the coast work very hard for their living but then enjoy their time away from work swinging in hammocks in the shade of trees.  I have really enjoyed watching the locals be happy and content with life purely because they are in good company and appreciate the little things in life like the fish they catch to sustain themselves, the tree that shades them and the beer that quenches their thirst.

The internet is being spotty tonight.   That is one of the realities in the developing world.  We are safe and healthy. We are also tired after being exposed to more projects, programs, the sun, and the tropical breeze.

We were able to visit a factory that packages shrimp; one of the biggest industries in southern Honduras.  It brought up a lot of questions in our minds about scale, investment, and outside influence. Sometimes these issues are hard to understand.

We will update  more tomorrow. The week is flying by, filled with wonder, amazement, learning, and enjoyment. Sometimes it is hard to put into words.
Posted by CED 499 Honduras at 10:14 PM No comments: 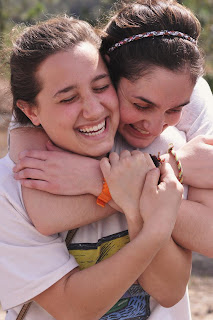 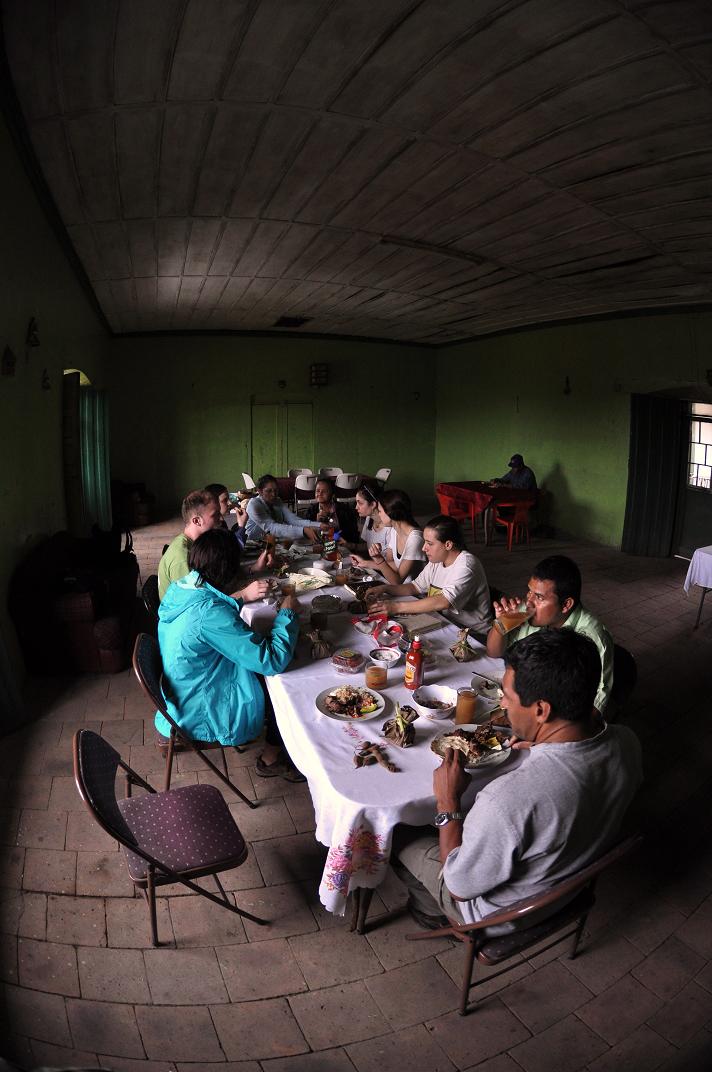 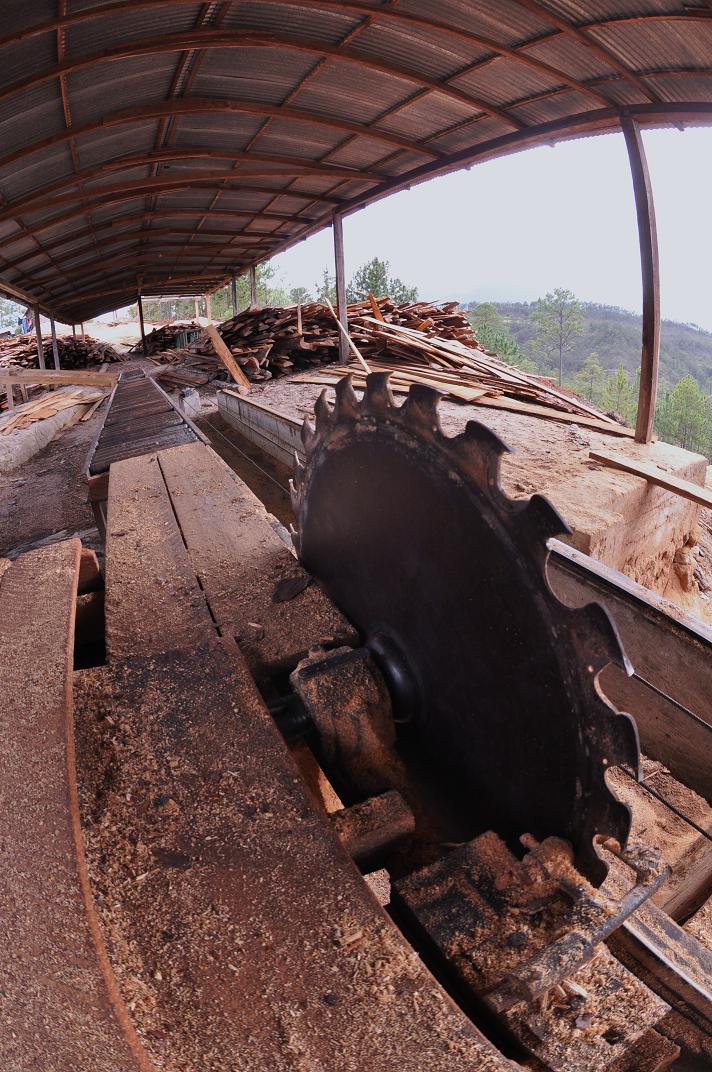 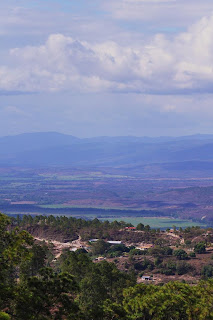 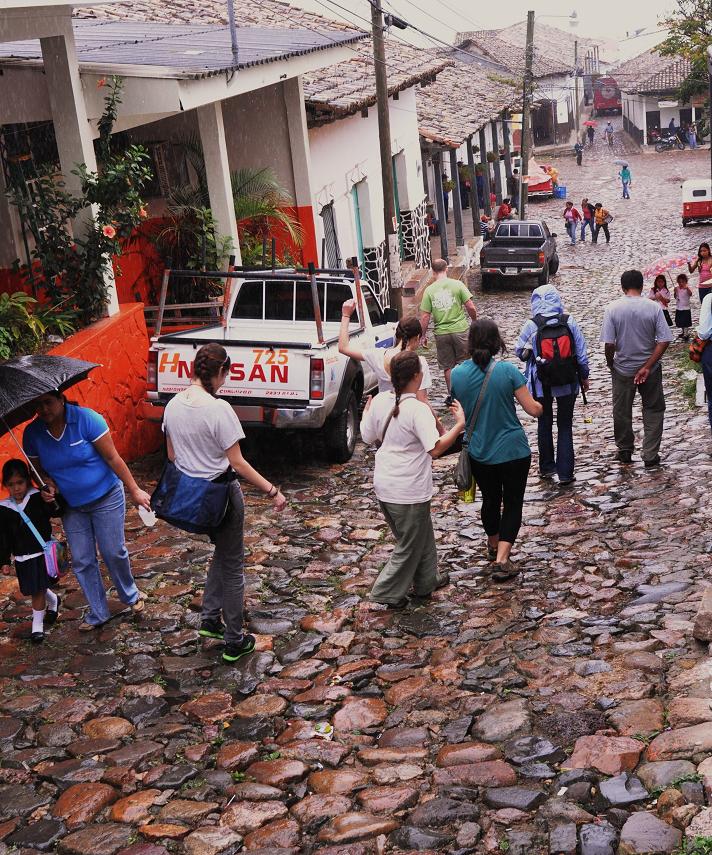 One of the hardest things about the CED major (and believe me we talk about this a lot) is the lack of tangible solutions to the many, many problems that exist in this world.  There is absolutely no cut-and-dry way to improve lives and provide for people what they need.  That being said, today gave me hope for the possibilities that exist and showed me what can and is being done.  Right here, right now.

We began the day talking about the financial difficulties that the town of Yuscaran faces as they are trying to work on several different projects to help the community.  Money is available, but bureaucratic barriers are a huge problem.  Recently, the European Union has been working on the local level with the officials in Yuscaran directly to fund projects.  Avoiding the Honduran government has resulted in a much more streamlined and effective method of aid distribution.  In the past, 42% of money went to administrative costs, while this system cuts that down to 3%.  Mind is blown.  I am confused as to why is this not the standard?  Hopefully the success of the projects in and around Yuscaran and similar towns will illustrate to funders the effectiveness of decentralization in aid.

One of the projects that Zamorano University and the municipality are involved in is a pine resin cooperative on a hillside above Yuscaran.  With the assistance of foreign aid to buy machinery and get the project off the ground, and electricity provided from Yuscaran, the members of this cooperative are now able to create furniture with their pine instead of just selling off the wood.  They are much stronger as a collective than as individuals, and that means an improved standard of living and the possibility of even more expansion.  Interestingly, the board of directors for the co-op is dominated by the young.  This business has been passed down from generation to generation and even the younger men in the families involved remain closely tied to the industry.  What seems like a minor investment in this microenterprise worked, and has made a significant change.  To be clear, it is not a perfect system.  Women are hugely underrepresented both in the workforce and within the administrative body.  Electricity is available to the factory, but has not reached the surrounding homes.  The price and availability of resin in China means that prices in Honduras can fluctuate.  And the workers are not selling the resin for as much as they would like to live comfortably.  However, it is a small step forward and definitely something positive to be admired.

When we arrived back on the Zamorano campus in the evening, after touring several places in the surrounding area, some of us headed down the road a ways on a quest to find Fernando, a student only Dave had met who we had heard was working on stoves – improving their efficiency and reducing emissions.  Dave sweet-talked the security guard into letting us into the testing area but unfortunately, Fernando had left for the day.  His colleague Tim (an American!), however, was more than willing to step up  and show us around.  We looked at several different stove models that could be effective in a typical Honduran home.  The models were controlled for variables, and each one was focused on improving in different ways – more efficient heat, fewer emissions, longer or hotter burning time, etc.  The most incredible thing about the tour and discussion was that this project was clearly about so much more than just stoves.  Social factors, such as gender equality in the home, or the opportunity cost of those collecting firewood for fuel, play a massive role in whether or not these stoves will be acceptable in the home.  Tim mentioned the environmental benefit – 42 stoves would reduce emissions by 121 tons of carbon per year – the equivalent of planting 2,200 trees.  Mind is blown once again.  Tim knows an incredible amount about stoves, but he’s a forester.  He can appreciate the fact that it might be more effective to work on this small-scale project for the time being.

As seems to be the trend, today was awesome.  My mind is saturated and the gears headed toward the future are turning.  A hopelessness about the current global situation is being replaced by an optimism in seeing that very small changes can make a huge difference, and seeing that those small changes can come to fruition in so many different ways.  This major and all that we learn is, quite frankly, depressing.  However, after everything we discussed and saw and appreciated today, it has been an uplifting CED day.  I ended the evening by climbing a tree with Bernadette, poking my head out of the uppermost leaves and basking in the beauty of the panoramic valley view, going for a quick swim, eating yet another delicious dinner in the cafeteria, and sitting down to talk and share with the group.  Doesn’t get much better than that.
Posted by CED 499 Honduras at 7:01 PM 2 comments:

Everyone is doing well. We are healthy, happy, and learning a lot about the inter-connected factors that influence the quality of life of people.  We were able to see first-hand the problems associated with development in Moroceli.  We talked about water access and quality, watershed management, and the relationships between water and agriculture. It was enlightening and sobering.

Tomorrow we will visit Yuscaran and talk to people involved in cooperatives, including micro-enterprises, savings and loans, and a Pine resin cooperative. It should be exciting. We will update when we get back, as long as there is internet connection.
Posted by CED 499 Honduras at 9:47 PM No comments: